The world’s largest peach cobbler will be served at the 4th annual South Dakota Peach Festival this year, but it is more than just a peach cobbler to Rich Bennett and his team of volunteer bakers.

Black Hills Playhouse Opener and Fundraiser with DD & The Fayrohs

The Black Hills Playhouse kicks off the summer season with three performances by retro-rockers, DD & The Fayrohs. Shows are Friday June 2 at 7:30pm and Saturday June 3 at 2:00pm and 7:30pm. Opening the concerts are area favorites, Hank Harris and Jami Lynn.

Wind Cave National Park, S.D. – For the 101st anniversary of the National Park Service, rangers at Wind Cave will be offering free tours on two weekends in April as visitors celebrate National Park Week by going back to the basics, Caves 101.

Native American Beadwork Workshop at the Days of ‘76 Museum

Keystone, S.D. – Celebrate President’s Day at Mount Rushmore National Memorial and enjoy the sounds of Offutt Brass.  The brass ensemble of the United States Air Force Heartland of America Band will be performing in the Lincoln Borglum Visitor Center Theater from 12:00 pm to 1:00 pm on February 2 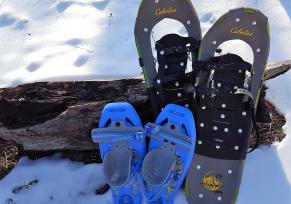 Jewel Cave is Snowshoeing into the Next Century

Custer, S.D. – New Year, and a new you! Give yourself the gift of good health by getting outdoors and taking part in a snowshoe hike at Jewel Cave National Monument. The hike is slated for Saturday, January 14 at 1 p.m. on the popular Roof Trail near the visitor center.