South Dakota’s heritage – like the rest of our nation’s – is a combination of indigenous peoples and the settlers who made their way to the region over the last few centuries. Today, a significant part of the state’s diverse and unique food culture serves as a sort of fingerprint of local lineage. Here you’ll find German, Scandinavian and Native American cuisine served side by side, resulting in a distinct regional cuisine specific to the state. So, beef up on the state’s culinary smorgasbord with this crash course. (For a "to go" list of options, check out our culinary e-guide to delicious stops: South Dakota Pints & Platters.)

No single dish is more strongly associated with South Dakota than chislic. Those not from the area often mistake this beloved snack for shish kebab. And, although the two are similar, the difference is in the details. While shish kebabs are a grilled assortment of meat and vegetables, the much simpler chislic consists of half-inch cubes of meat – typically lamb, venison or beef – which are deep-fried or grilled and served up in a dish or on skewers. You haven’t truly experienced South Dakota until you’ve had a proper plate of chislic. It can be sampled as an appetizer at many bars and restaurants across the state, including Al's Oasis in Oacoma.

This cake-like German pastry – made with sweet dough and a filling of custard, fruit or nuts – was first introduced to the area in the 19th century and has been a favorite among locals ever since. In the spring of 2000, the South Dakota State Legislature even passed a bill declaring kuchen the official dessert of The Mount Rushmore State. Small town bakeries, especially in the eastern half of the state, commonly serve these tasty treats. You’ll also find an abundance of kuchen alongside bratwurst and fried potatoes at Schmeckfest in Freeman.

Originating in Slovak communities of Central Europe, kolaches are reminiscent of a tiny, personal pie. A light and flaky crust holds a dollop of candied fruit or cream cheese, which is surrounded by a fluffy pillow of dough. Although these well-loved treats are traditionally considered a wedding dessert, you don’t have to get hitched to enjoy them here. One of the best places to get your hands on kolaches is in Tabor – the unofficial Czech capital of South Dakota – especially during their annual celebration of Czechoslovakian culture in June: Czech Days. 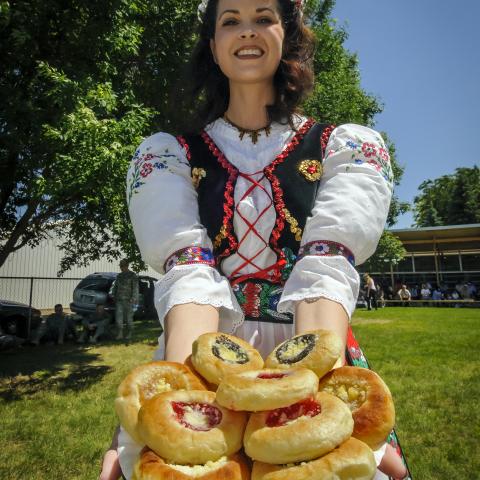 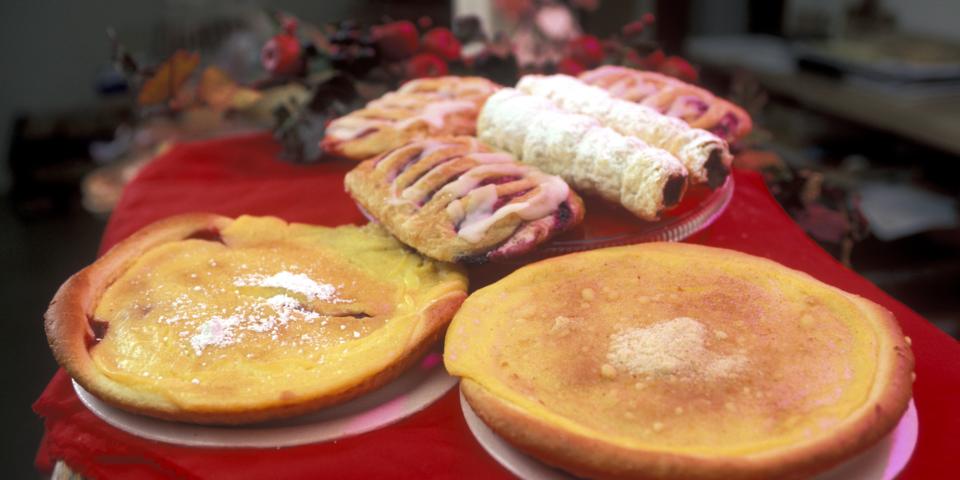 The Lakota Sioux, an indigenous people of the Great Plains, created wasna as a way to break away from reservation-born foods and return to dishes truer to Native American culture. The name wasna comes from a Lakota word meaning “all mixed up” – which is apt, considering the dish consists of a pounded mix of dried buffalo meat, cranberries and grains. This snack is incredibly nutritious and high in protein. In fact, the Oglala Lakota from the Pine Ridge Reservation have created an energy bar from their ancestral wasna recipe called Tanka Bar.

Another popular Lakota Sioux recipe you’re likely to find across the state is wojapi. This viscous dipping sauce is prepared by mixing berries – typically chokecherries, but any wild berry will do – a sweetener and corn starch. Like many Sioux dishes, this simple recipe produces irresistibly delicious results. Wojapi is typically served with fry bread, a doughy bread that is pan-fried to a puffy, golden brown. It is commonly served at powwows and other Native American gatherings, and at the Laughing Water Restaurant at Crazy Horse Memorial.

Fans of traditional tacos will love this Native American twist on an old classic. This variation consists of everything you would expect to find on a normal taco, but with a few key differences. Namely, they’re served on fry bread rather than a traditional shell or tortilla, giving this dish a doughy yet flakey finish. Indian Tacos are also commonly prepared with bison meat rather than ground beef, creating an authentic flavor you’ll taste in every bite. Cedar Pass Restaurant in Badlands National Park is well-known for its Indian Tacos.

Although their name may be a bit of a misnomer – the meat found inside is actually bison, not buffalo – you won’t give a lick about that after your first bite. Because bison is a much leaner meat than beef, these burgers have fewer calories and less fat, yet are arguably more delicious. To get your hands on some of the best bison burgers in the state, visit Black Hills Burger and Bun Co. in Custer or Minervas restaurant in Sioux Falls.

The final South Dakota delicacies on our list are the official state fish and state bird. Walleye can be prepared by baking, broiling, frying or grilling. When cooked correctly, this versatile fresh-water white fish will have a sweet, mild flavor and a flaky consistency. Chinese ring-necked pheasant, on the other hand, is often prepared similar to a holiday bird – by garnishing with herbs and vegetables then roasting. And, anglers and hunters rejoice, some restaurants in South Dakota will even cook your catch or game you earned that day. 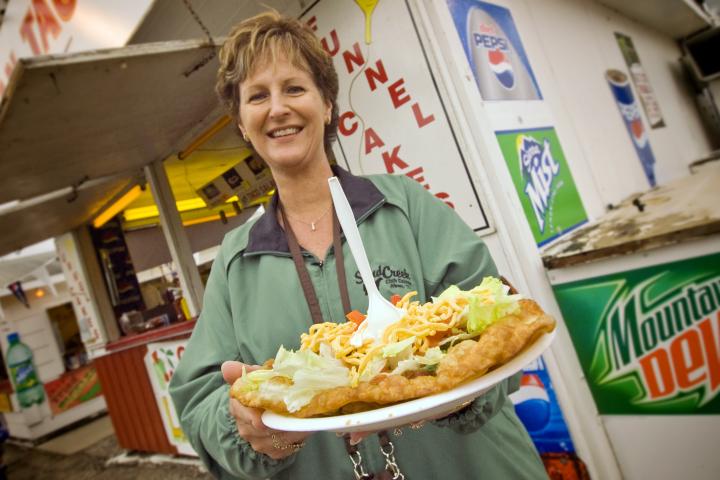 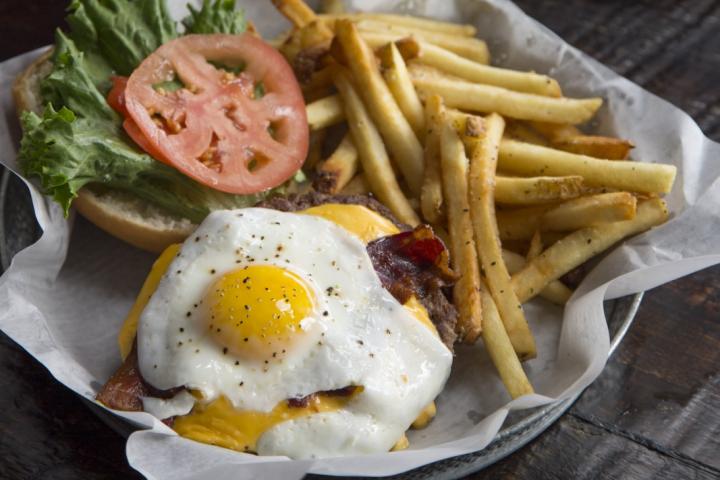 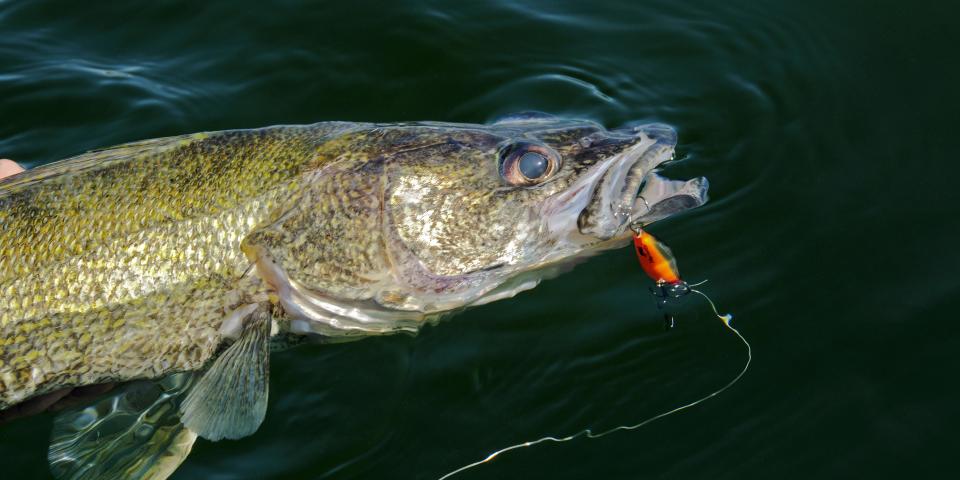 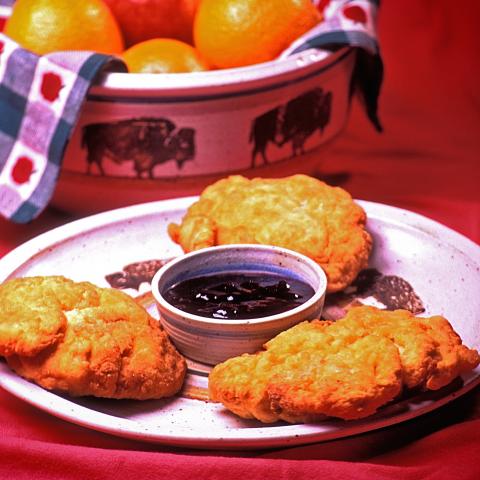 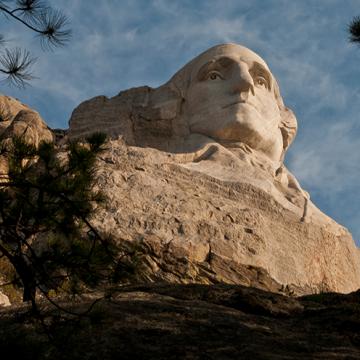 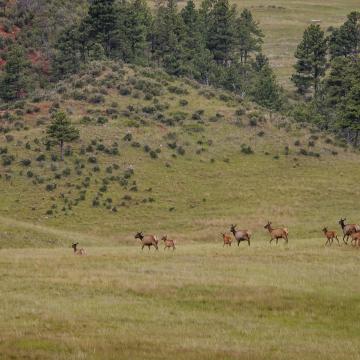 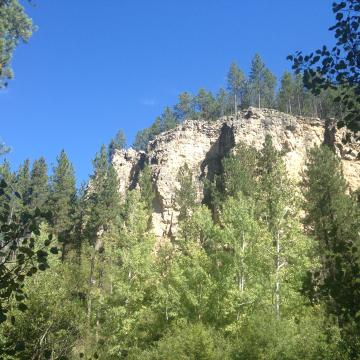