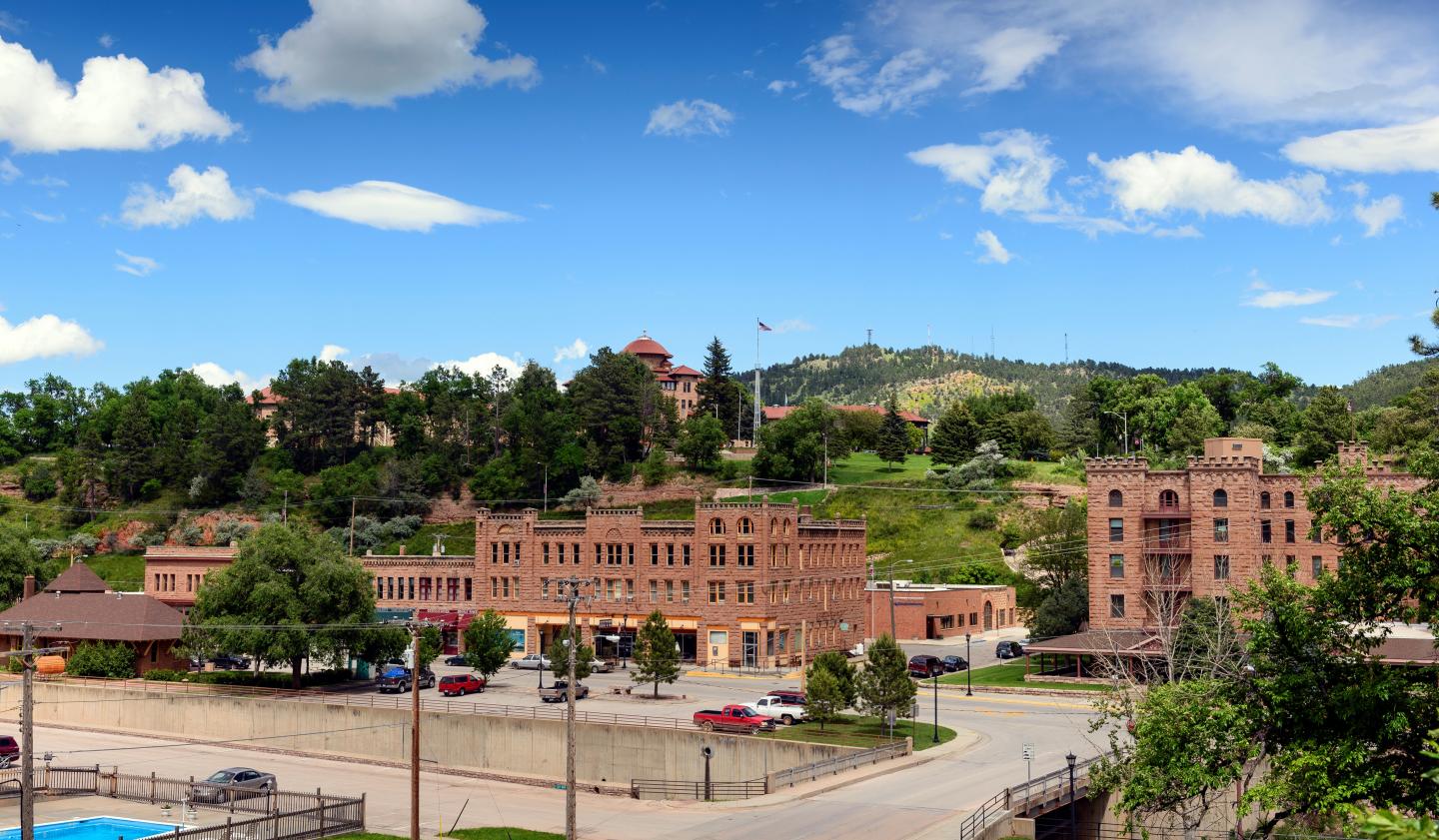 WHEN I WAS ASKED to write about Hot Springs a few years ago, I flashed back to fifth grade, green mimeograph paper and talking my way out of an academic jam.

In elementary school I lived in another state but was a fervent wannabe South Dakotan. To my thinking, at age 11, Hot Springs seemed like South Dakota’s most impressive city. And yes, by that point in my life I’d visited acknowledged major U.S. cities, namely Denver, Des Moines and Minneapolis. That Hot Springs perhaps didn’t fit that category never crossed my mind. To my knowledge those other places had no vast, glowing hotel made of sandstone like the Evans. For sure they didn’t claim the world’s largest indoor naturally heated swimming pool.

Still Hot Springs didn’t make the list of suggested cities my teacher shared for our writing assignment. She did say, however, that there were certainly good candidates in addition to her examples. As I recall New York, Washington and Los Angeles were listed, and most definitely Baltimore. This teacher loved Baltimore. After my class pondered major U.S. cities for a couple days (not that I recall anyone pondering too strenuously) we announced our places of choice aloud. New York and Washington went fast. Los Angeles wasn’t far behind. When I said Hot Springs, my teacher nodded OK. Nobody chose Baltimore, which seemed to perplex her.

WE HAD TO WRITE THREE PAGES and cite two sources. One source, we were told, would be easy: a set of encyclopedias on shelves at the back of the classroom.

This being decades before the Internet, we’d access our other source by mailing letters. In this way we learned about chambers of commerce, travel bureaus and historical associations. We were instructed to enclose a SASE (self-addressed stamped envelope) with our information requests, but we were skeptical anyone would write back to a kid, SASE or no SASE. To our surprise, though, everyone got a reply, and in pretty short order.

In fact I got two responses, one from the South Dakota Highway Department and the other from the Hot Springs chamber of commerce or commercial club. I didn’t tell anyone but I wrote two letters in order to have two sources because Hot Springs wasn’t included in the school’s encyclopedia. Now it was my turn to be perplexed because my friend Matt found six full pages in the encyclopedia about Detroit, plus several more describing the city’s car industry.

All these years later I recall several things about the letters I received. It was an era of great letterhead art. My friends got letterheads featuring skylines, bridges, and complex municipal seals. But from the South Dakota Highway Department came my letter depicting Tootsie the Coyote howling at the moon. “Oh yeah,” I thought, “that’s the South Dakota I know.” One of my sources sent me a brief history of Hot Springs mimeographed on green paper, and as I wrote about the Fall River County town I found myself wishing I’d kept that historical overview. The folks in Hot Springs enclosed a picture postcard of Evans Plunge, and I knew for a fact that the postcard cost more than the postage stamp I sent them. But what truly amazed me was how someone in Pierre penned a little note at the bottom of a form letter, addressing me by name and wishing me the very best as I composed my theme. Incomprehensible! Someone in a government office in a state capital took time to tell me good luck!

AS IT TURNED OUT I needed good luck. The letters came to us at school, intercepted by our teacher, who noticed mine came from South Dakota. “I thought you meant Hot Springs, Arkansas, which isn’t real big,” she said. “But at least I’ve heard of it. I haven’t heard of this little place in South Dakota.”

I started sweating because I knew what would happen within two minutes if I didn’t think fast. I’d be handed the address of the Baltimore chamber of commerce and told to write for information.

“I think my Hot Springs is major because people from all over the country know about it and visit,” I blurted. “It has the biggest indoor swimming pool in the world where water comes out of the ground already heated.”

I could tell by my teacher’s eyes I had her interest.

“If you look at cars parked outside the pool,” I continued, “you’ll see license plates from every state you can think of.”

She “allowed” my town as major on the condition I mention all those visitors from all those states in my theme. I did. When we shared papers aloud a couple weeks later, Hot Springs was a hit. Everyone thought Tootsie made the coolest letterhead and my classmates were impressed by the cave that blows wind, and the town where water bubbles out of the ground warm enough for a comfortable shower.

I learned I could smooth-talk my way out of misinterpretations of school assignments, a valuable skill later in high school and college. I also discovered that in terms of character, history and unique natural features, small towns could be as major as New York, Los Angeles and Baltimore.

Next Up: Discovering The Verendrye Plate