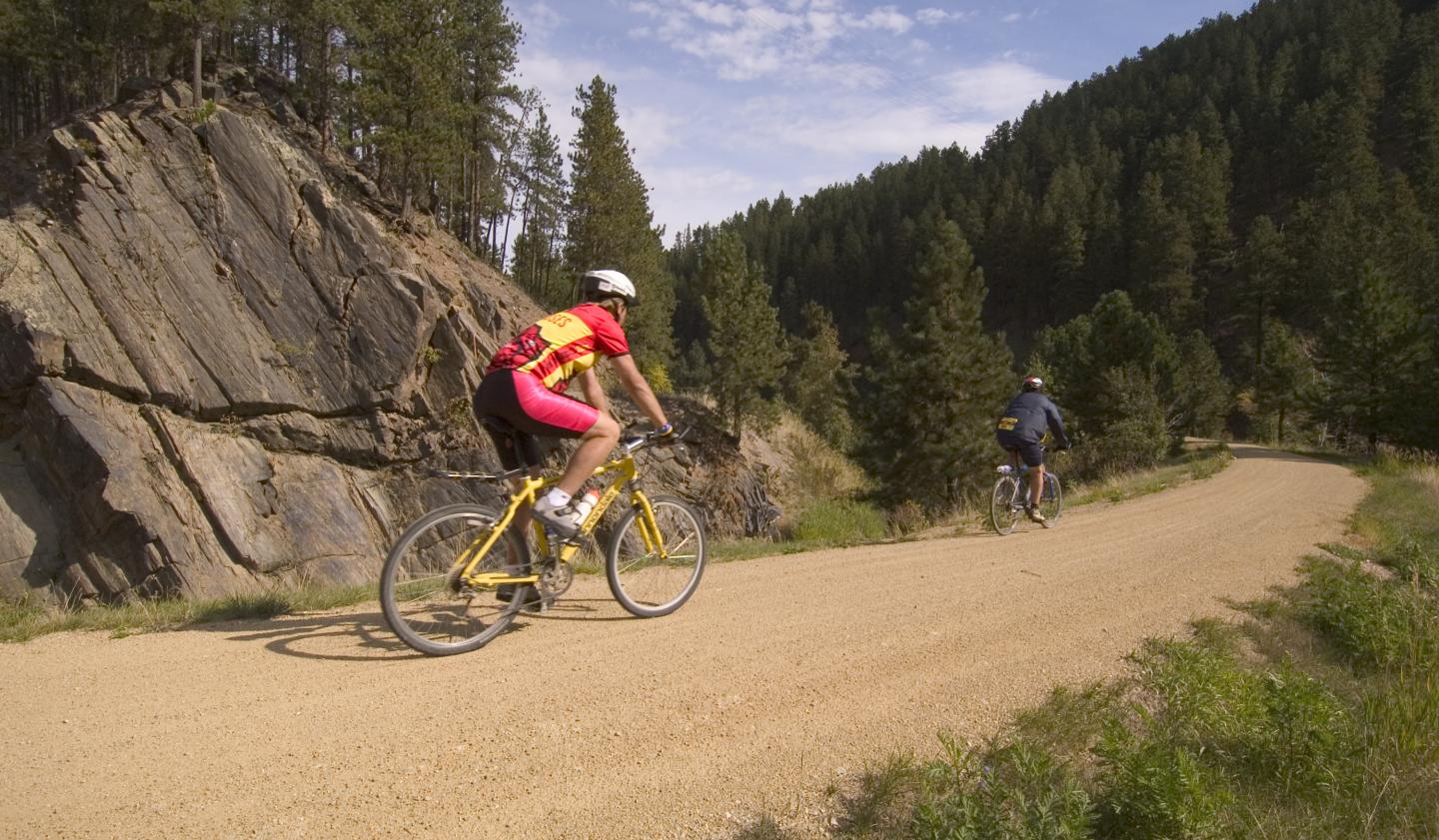 Our Mountains are Friendly to Bicyclists Who Plan Ahead

MOUNTAINS AND BICYCLING don’t always go hand-in-hand. Many mountain ranges are too steep, too cold, too hot, too wild or too isolated for two-wheeling.

Black Hills biking is another story. Oh, you should give wide berth to the buffalo bulls in Custer State Park. Prickly pear cactus needles can puncture a tube. And you’ll want to watch for rattlesnakes in lower elevations. But those are rare occurrences. Bicyclists who have experience elsewhere seem to agree that the Black Hills may be the best kept secret in the pedaling world.

Joey Bonds and her husband, Eddie, came to Hill City six years ago so Joey could work as a summer tattoo artist. Most of her clients ride motorized bikes, but she and her husband love to explore the Black Hills on their mountain bikes. They did the same in Arizona, where Eddie ran a bicycle shop in the small city of Parker.

“The scenery is awesome and the hills are so accessible,” she says. “Plus you can bike almost all year around. In Arizona it got too hot in the summer. My friends who bike here say there are usually a few days a month even in the middle of winter when you can go biking in the Black Hills.”

She says bicycling is safe on most public roads, but mountain bikers can also explore thousands of miles of trails — everything from maintained routes to old logging roads and fire trails.

The Bonds like the Black Hills so well that they opened a shop, Rabbit Bike, within a stone’s throw of the 110-mile Mickelson Trail in Hill City. They sell, repair and rent bicycles, and also provide guide services and shuttles for bikers. They’ve been splitting their time between Arizona and South Dakota, but they’ve sold the Parker bike shop and now plan to live and bike here year-around.

Their business success is part of an emerging biking culture in the Black Hills. Other bike shops are also opening, along with clubs and events that bring like-minded bikers together. The Black Hills Fat Tire Festival features spirited races for athletic mountain bikers every May. On the calmer side of the road, Black Hills Bicycling organizes group rides on paved roads that sometimes conclude with potluck dinners.

Many weekend bikers can’t imagine pedaling up mountains, but [Jim] Books [former owner of a Black Hills-based bicycle vacation company] says most inclines can be avoided. “Talk to the locals or use the Google elevation maps,” he advises. “We recently made a 42-mile trip and while we climbed about 1,600 feet in elevation, we dropped 3,550 feet in all.”

Books says he’s witnessing “an explosion” of the biking culture in western South Dakota. National tours are showing up, and local people are also discovering the joys of pedaling on-road and off. The Centennial Trail and the Mickelson Trail are off-road dream trips for bicyclists. Both are slightly more than 100 miles long and are maintained, mapped and equipped with trailheads and other amenities. 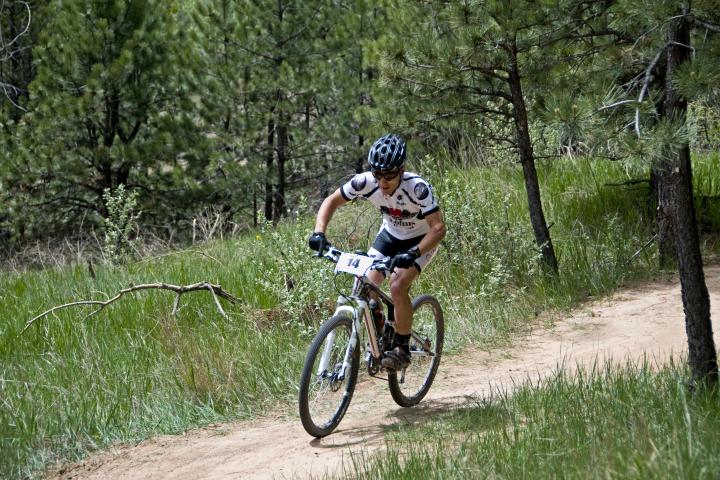 The surface of the Mickelson Trail is primarily crushed limestone and gravel. 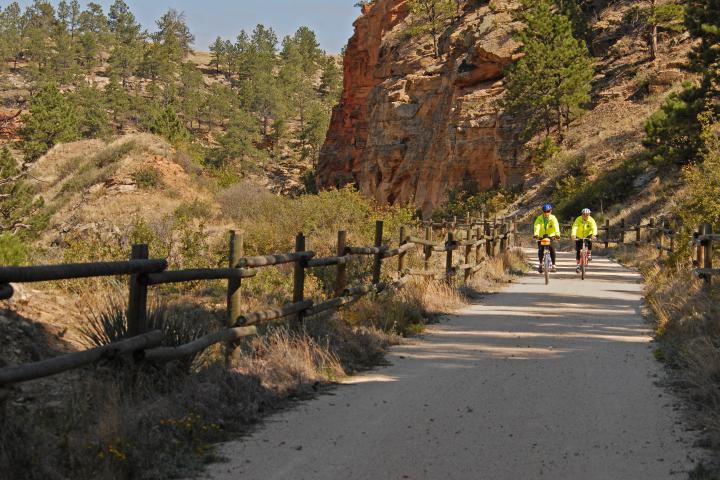 Gentle slopes and easy access allow people of all ages and abilities to enjoy the Mickelson Trail. 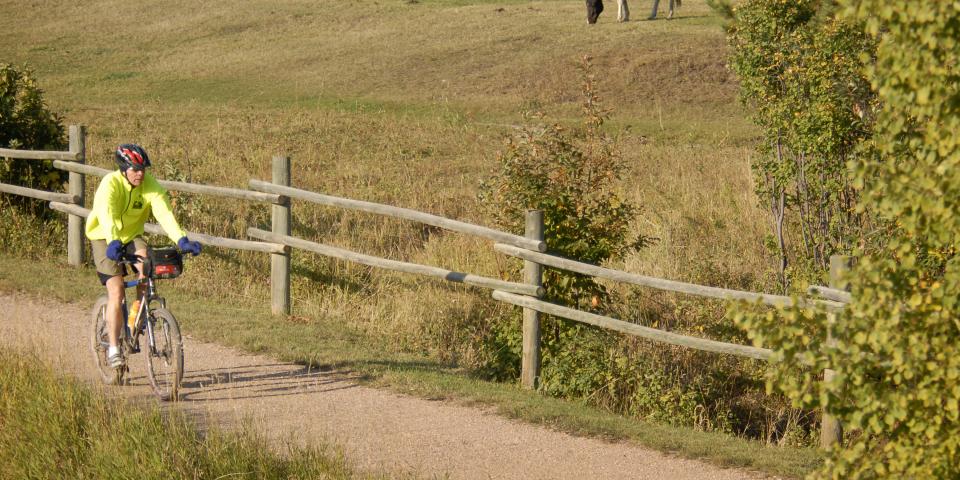 Most of the trail is a 4% grade or less, but some parts are considered strenuous. 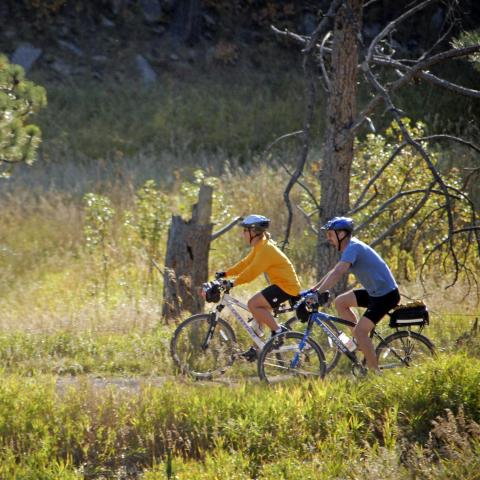 Experienced bikers offer these suggestions for flatlanders who hope to pedal through the Black Hills: 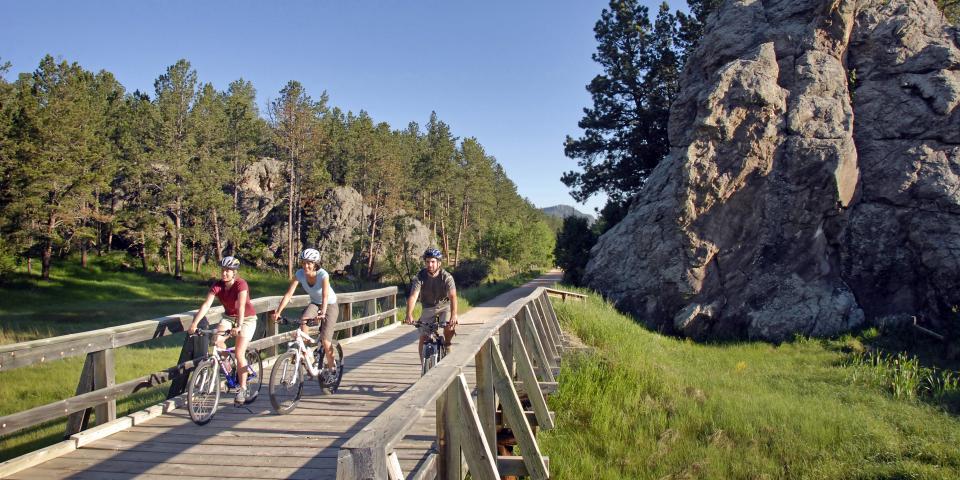 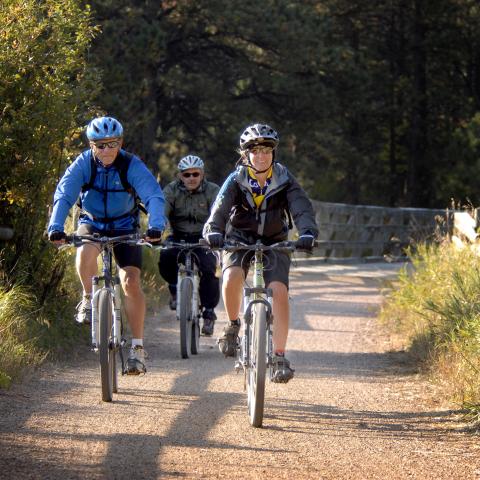 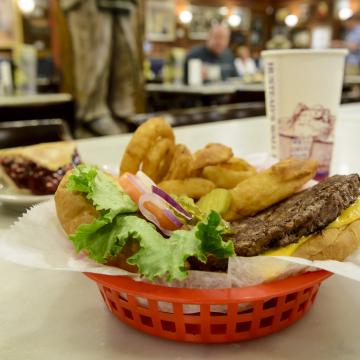 Next Up: 20 Free Things to Do in South Dakota