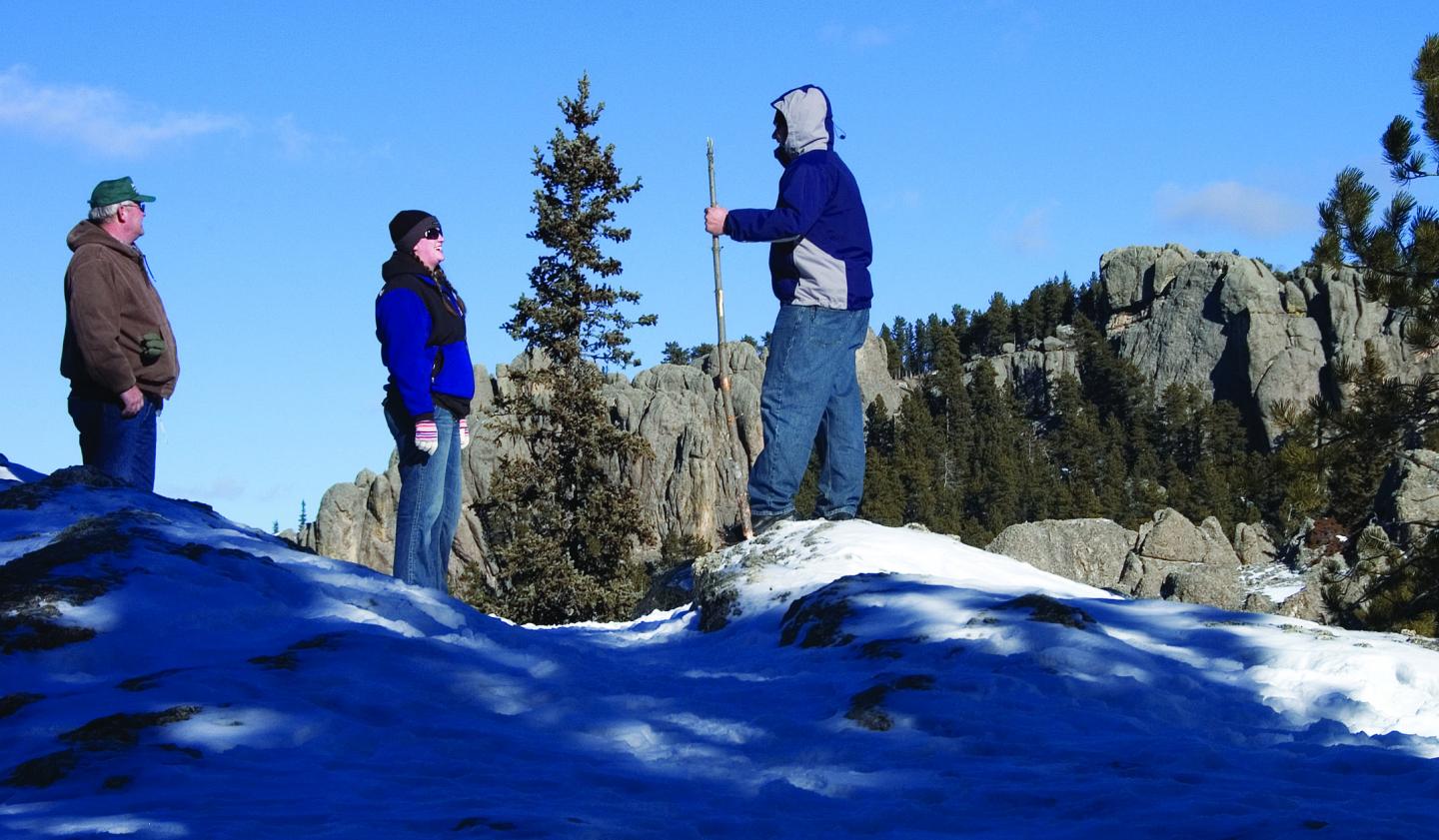 We sent writer, Bernie Hunhoff, up the mountain on a sunny January day. He came back down and wrote this account.

WANT TO PLAY LIKE A mountain goat for a winter afternoon? Then hike to the summit of Harney Peak (now known as Black Elk Peak) after a soft snowfall, picking your way up the rocky, treestrewn three-mile trail that leads to the tallest point east of the Rockies and west of the Pyrenees in Europe. You can’t see Spain from the top, but you can easily find Montana, Wyoming and Nebraska.

I started up the trail at high noon on a sunny Sunday. At times it was dark in the deep canyons of the 7,242-foot mountain. More often, the trail led to granite-strewn overlooks so bright that I needed sunglasses to look out on the white and blue landscape.

You can hear the winter wind whispering in the pines, even on a still day. On blustery days, the wind whooshes and roars past the treetops, but down below you’re so protected by trees and canyon walls that you hardly feel a breeze.

Take a walking stick, or pick one up along the trail. A mountain goat would not think of traversing the heights of a snow-slippery mountain path on just two legs, and neither should you. A stick is like an extension of your arm; it might help you catch your balance or slow your fall. Walking uphill doesn’t seem as tricky as walking downhill, and there’s a mathematical explanation; it has something to do with the nonlinear partial differential of miles/per/hour divided by the angle squared. But leave your pencil and paper at home; you’ll understand when you step on the trail.

A stick might also give you a weapon in the very slim likelihood that you meet a mountain lion or wolf. Such encounters are almost unheard of, especially in winter. Wolves haven’t been seen on Harney Peak in modern times (Mount Rushmore A.D.), but a young male was hit by a car near Sturgis two years ago and another was caught in a trap in Harding County.

Dave Pickford, a ranger with the Black Hills National Forest’s Hell Canyon District, says lions have been spotted. Sightings are rare, but believable to our friends back down the mountain.

Deer, elk, turkey and mountain goats are common in the other seasons, but they winter in the meadows and thick pines at the foot of the mountain. “You might see rabbits and squirrels on a winter day,” Pickford says, “but you’re less likely to see birds and the bigger animals than in the summer.”

The lack of wildlife, along with the fact that there’ll be no motorcycles or tour buses echoing down below, adds to the solitude that winter hikers like.

A stone lookout tower rises from the very top of Harney Peak. 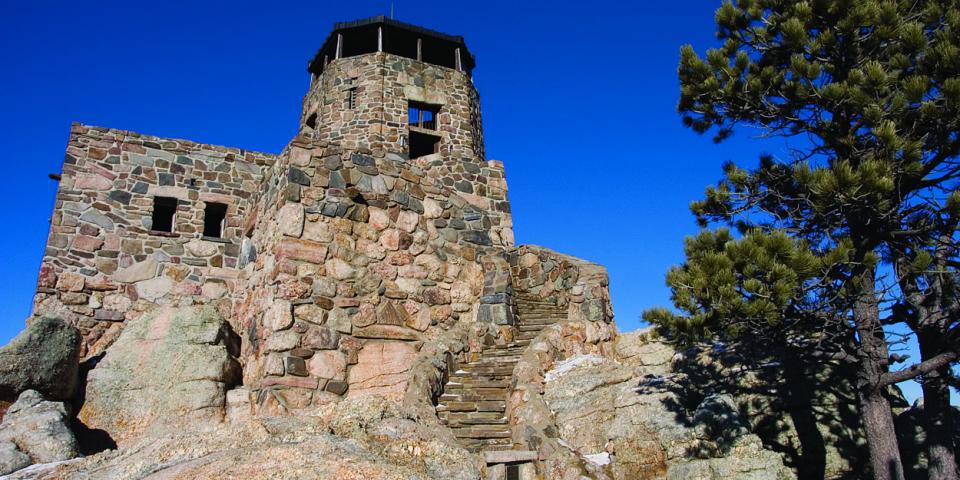 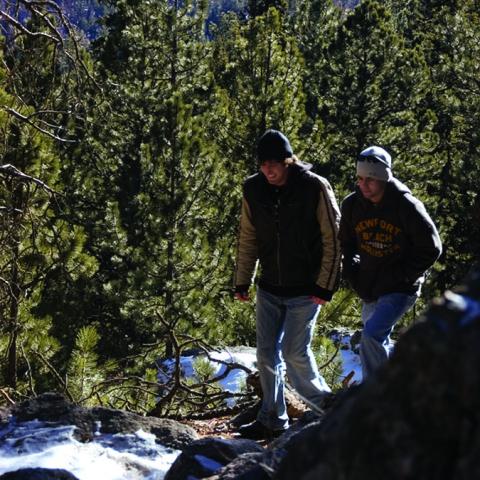 Pay some attention to the signage as you go. If you’ve been known to take a wrong turn in Rapid City or Sioux Falls, then you can certainly lose your way on Harney Peak. I was on Trail Nine and missed a left turn on the way down; within 100 yards I saw a “3” etched in a tree, signifying Trail Three so I reversed course. If only making a U-turn was as easy on Omaha Avenue in downtown Rapid City.

After two hours on the trail, I could see the summit. But the last stretch is the most treacherous. That’s ironic because it is the most civilized. The Forest Service created smooth stone steps and a short metal stairway just below a legendary old lookout tower that was built on the summit by Civilian Conservation Corps workers in 1939.

You don’t want to fall off now, not while 7,242 feet in the air. Pickford says accidents do happen on the mountain, and he agrees that the final steps can be tricky. “We have such huge swings in temperature and weather that we tend to get a freeze-thaw effect on the steps, both at the top and all along the trail,” he says. “Especially there at the top, the steps can become windswept and they are particularly icy.”

While the wind whispers down below, it roars on the summit, especially as you climb those last steps to the observatory tower. But it’s worth the wind, even on a cold day in winter, because most of us will never see so much land with our feet on the ground.

Just before you ascend the fire tower, look for the small plate with the inscription “Valentine McGillycuddy.” It’s the name of a man who arrived in the Black Hills in 1875 as a surveyor. McGillycuddy climbed Harney Peak to record its height, and supposedly used a pine log as a ladder to reach the very last granite ledge. Later he became an Indian Agent on the Pine Ridge, mayor of Rapid City and dean of the School of Mines. After he died in 1939, his widow received approval to bury his ashes atop the mountain.

Presho outdoorsman George England (left) hiked to the summit with his son, Corey (right) and Jenna Giefer. Harney is a lonely hike in the depths of winter. 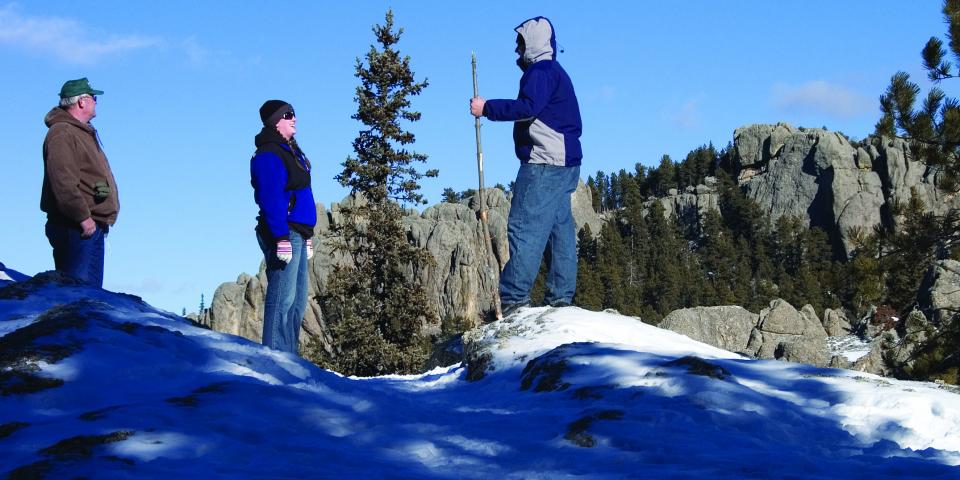 A famous pioneer's ashes are entombed near the top of Harney Peak; certainly his resting place must be the highest grave east of the Rockies. 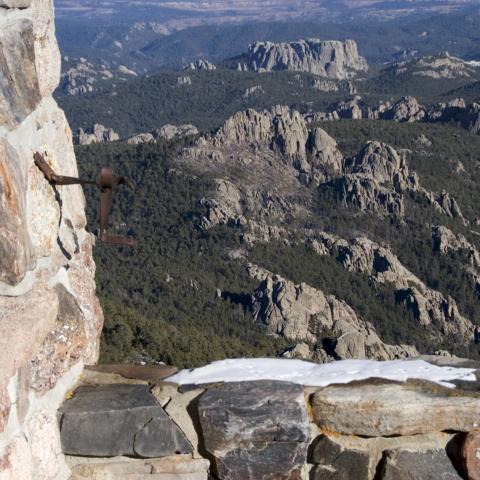 Certain questions come to mind when you’re standing at the top. Maybe the thin air plays tricks with the mind. At first you’ll wonder why the Forest Service and Roosevelt’s CCC workers went to so much effort in 1939 to build the tower on a difficult and treacherous mountaintop. Can you really see a fire better at 7,272 feet than 7,242 feet?

You’ll also wonder why more people don’t climb the mountain in winter. Pickford reports that about 41,000 people make the journey annually; he knows, because electronic counters are hidden along the trail, and they can generally distinguish a man from a goat. But only 3,000 climbers are counted from November to March, and the number of hikers is very small in the dead of winter.

New Year’s Day is an exception, when about 200 hikers climb Harney. Pickford speculates that the tradition began with people who wanted to start the year with a positive activity. Eventually it became a holiday routine for some.

You might also wonder, while standing atop the Northern Plains, if widows or widowers other than Mrs. McGillycuddy have brought their ashes here, without seeking approval or disapproval from authorities, and scattered them among the granite boulders that seem more eternal and glorious than any memorial ever carved by man.

And while contemplating the eternal, you’ll wonder, while catching your breath at the top, what would happen if you began to have difficulty breathing, perhaps from a heart attack? It must be terribly embarrassing to hear your name on the evening news while you’re lying in a hospital bed: perhaps one of your children is thanking the Search and Rescue team from Custer for risking their lives to get you off the mountain, and then someone says, “We thought he was in perfect health. He eats right and exercises, but I guess he’s slipping.” It’s always wise to stay off the evening news.

But soon your thoughts are interrupted by the realization that the sun is sinking toward the western horizon. Time to descend the mountain. Carefully. 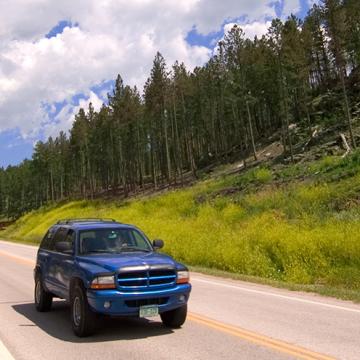 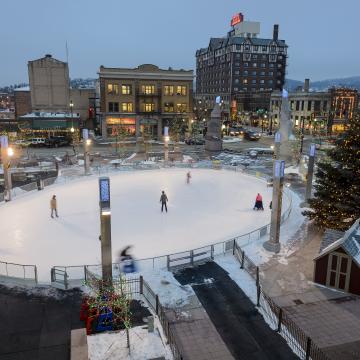 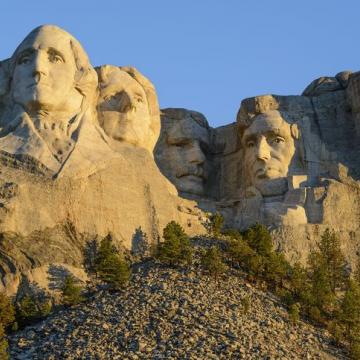 Next Up: Crow Creek Christmas

Gift-sharing, caroling, community feasts and a cold-weather cook-out are among the traditions on a reservation that has blended Christian and Native beliefs since the 1860s.